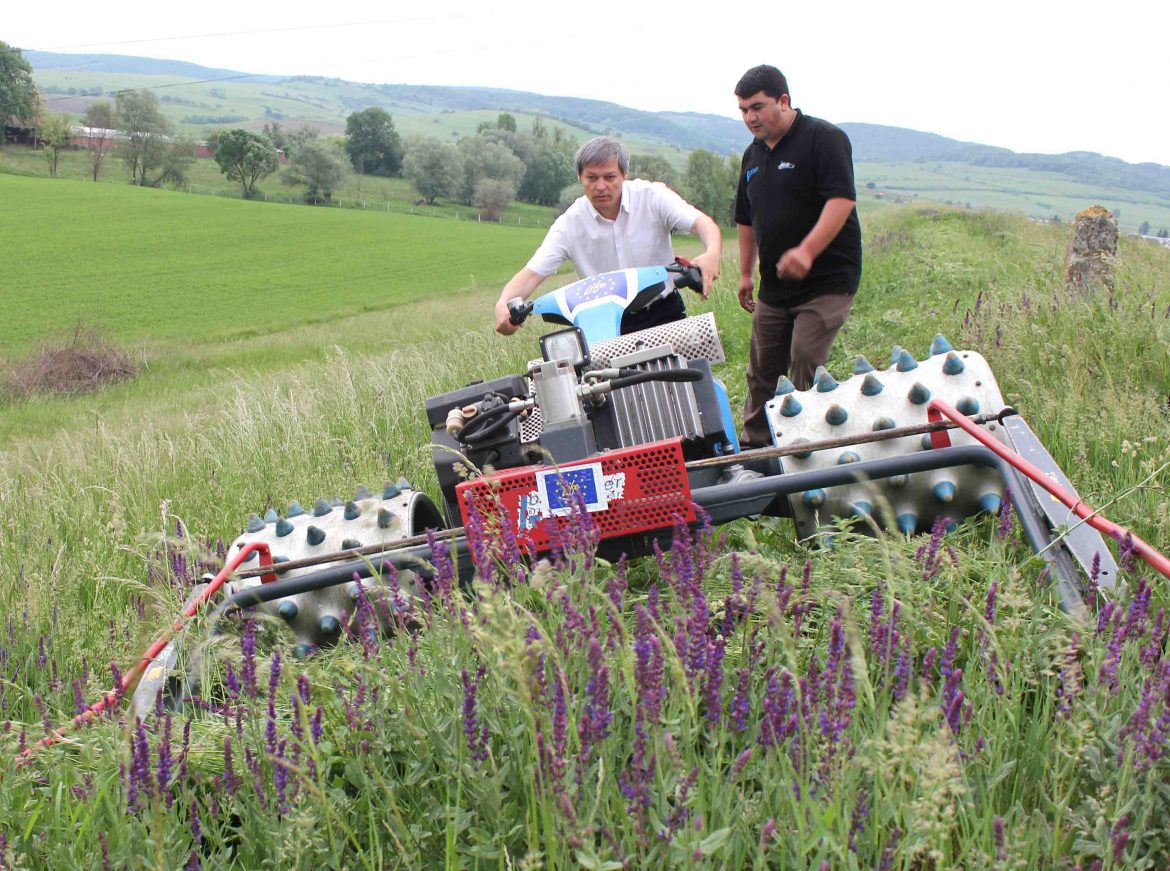 Project aims: to test the suitability and practicality of results-based agri-environment schemes to maintain the broad range of species and habitats in two Bio-geographical regions  (the Târnava Mare and Pogány Havas Regions) in Romania’s extensive High Nature Value farmed landscapes.

Objectives: use HNV areas in Transylvania, Romania, as pilot sites: 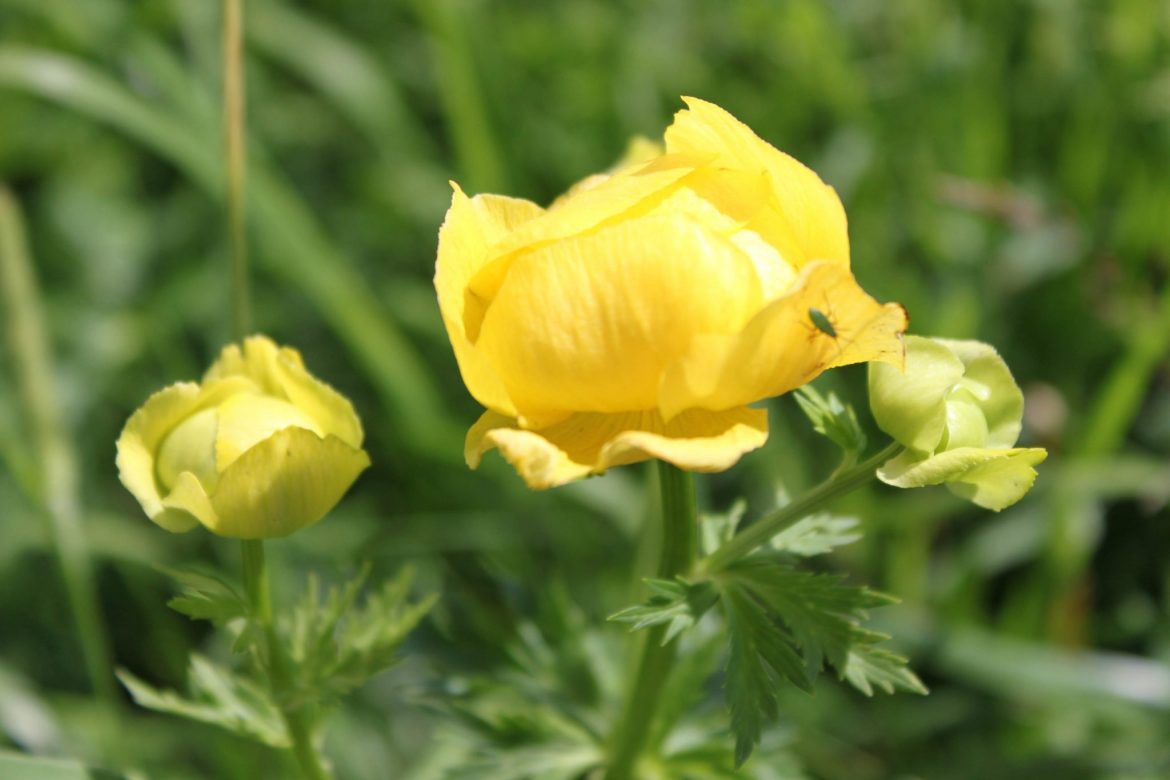 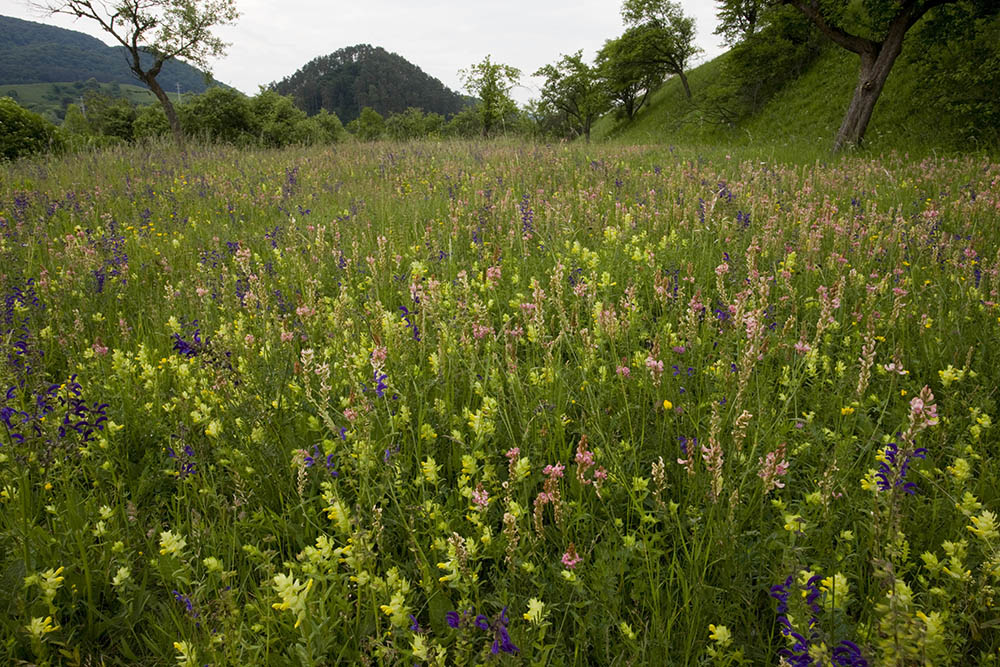 We are developing the scheme in cooperation with the Romanian Government, increasing the chances of wider application of this scheme in Romania in the future. In 2015, the methodology and indicator species list for the 2 regions in the project was developed and implemented, Târnava Mare and Pogany Havas (Harghita). The project has proved very popular with farmers, who appreciate the flexibility it offers. We received many applications. In summer  2016, specialists carried out the necessary studies to test the eligibility of the grasslands that were proposed by farmer for payments. Contracts have been signed in Târnava Mare with 73 farmers in the 2 areas.

Owing to the success of this project, ADEPT was the only NGO invited to make a presentation at a workshop on agri-environment schemes, at the European Commission  in Brussels in December, attended by 80 participants from 25 countries.

On 30 March 2017 ADEPT was one of the main presenters of the results of the innovative payments project in Brussels, with the aim of influencing EU-level policy in the next period (post 2020). Over 120 people attended including European Commission policy makers, national government specialists from 18 EU countries, conservation NGOs based in Brussels and many EU countries, and of course farmers. A Romanian Ministry of Agriculture representative made a presentation, as well as ADEPT staff and a Romanian farmer. The conference was live-streamed and followed by hundreds of farmers and policy-makers across the EU

As a result of the presentations of success stories, both the Romanian government and the European Commission are giving high priority to wider application of this innovative payment system, which will help support small-scale farming communities in Romania and in other EU countries. 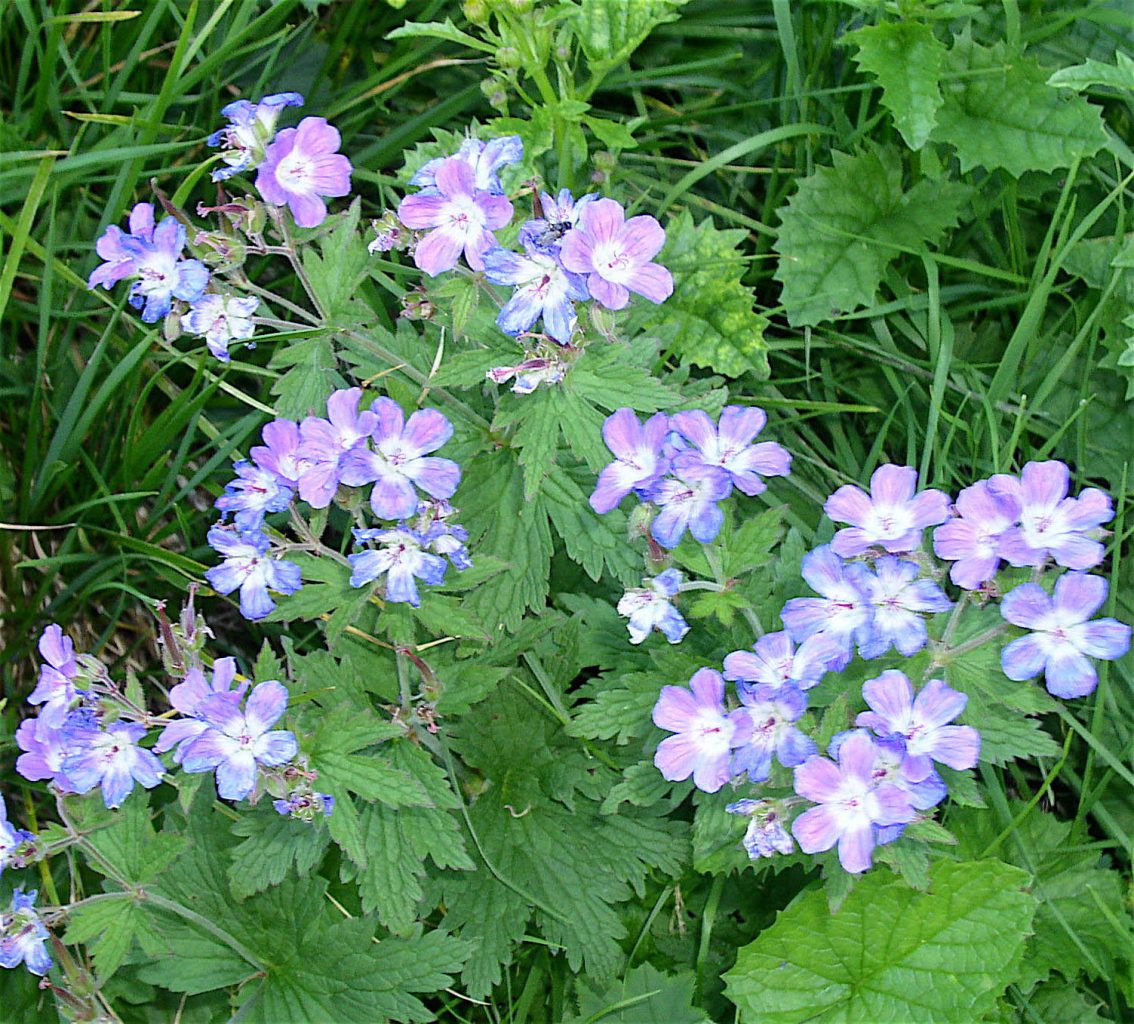 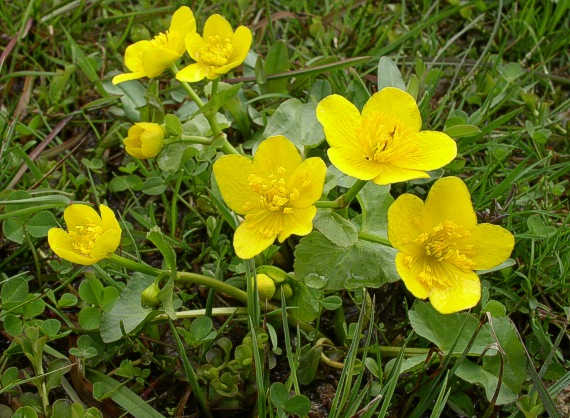 What are results - based scheme?

These grasslands – specifically the dry permanent grasslands of hay meadow and pasture, were the object of this project. But it is important to remember that they lie with a very important man-made mosaic of habitats, including forest and arable. This leads to extraordinary biodiversity. As an indicator, Southern Transylvania is the last lowland farmer landscape in Europe with viable populations of wolves and bears.

In the early 1990s the majority of Saxons left their Saxon villages and cities and moved "home" to Germany. This caused a social and economic upheaval, and a depopulation of the area, bringing about land management changes and abandonment.

The dry grassland habitats and species of Târnava Mare are of European importance. The wildflower-rich pastures and meadows have disappeared over much of Europe through agricultural intensification, but are still widespread in this area. The dry grasslands of Transylvania have some of the highest floristic diversity recorded anywhere in the world, and support substantial populations of rare vertebrate and invertebrate fauna.

But these grasslands are threatened. Of the 5,000 ha of these grasslands in the area, about 1,000 ha are poorly managed: overgrazing in easily accessible sites, abandonment of less accessible grassland (causing spreading of thorny scrub). These effects are obvious but still easily reversible by re-establishment of traditional management.

The project is designed to help the continuation or re-establishment of grassland management that will bring these habitats under proper long term management regimes.

Instead of paying according to management prescriptions as in typical agri-environment schemes, the scheme pays for the “result”: species-rich meadows, which is measured using certain plant species as indicators.

This means that farmers have the freedom to manage their meadows according to local conditions and weather, instead of having to follow precise mowing dates and other rules which do not take account of local conditions, and differences in weather from year to year.

These meadows provide hay for livestock, nectar for honeybees, medicinal plants, and extra income from nature tourism and local products through HNV marketing.

Schemes like this are already carried out in France, Germany and Switzerland. Farmers prefer using the results-based scheme because their expertise is recognised, they have the freedom to manage their meadows according to the local conditions and weather, and they are directly rewarded for the service they provide for nature, which is recognised by society. 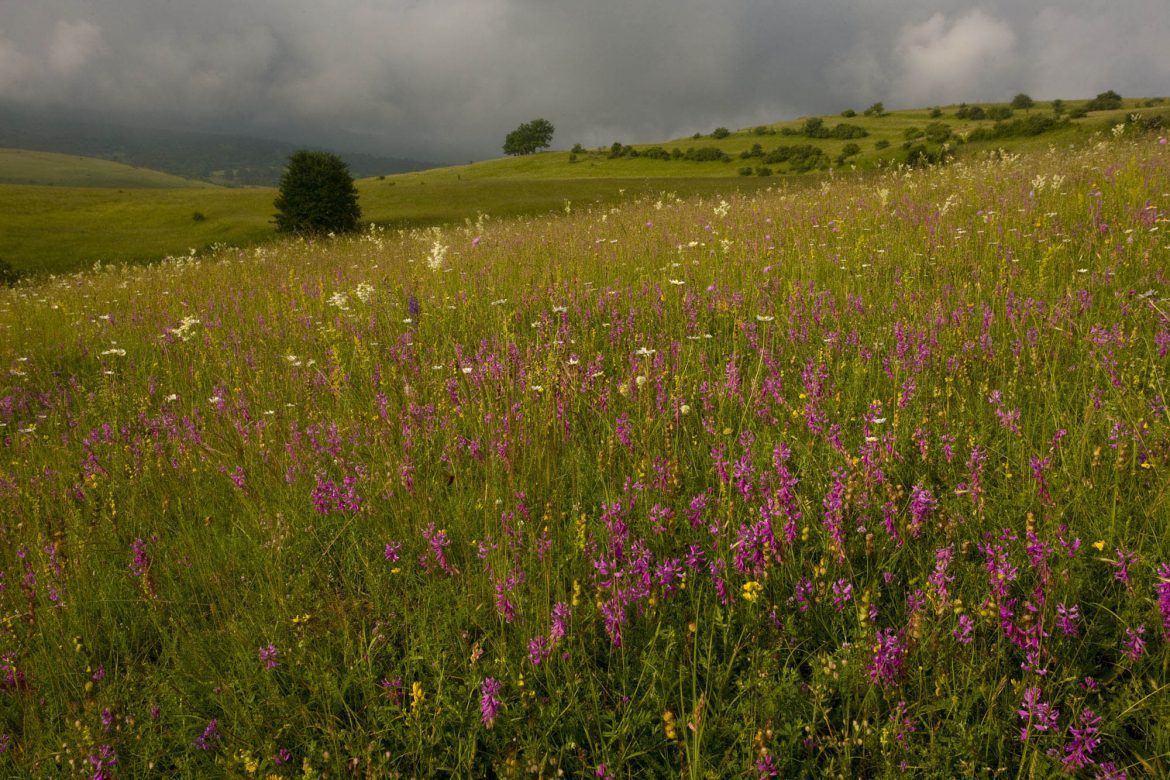 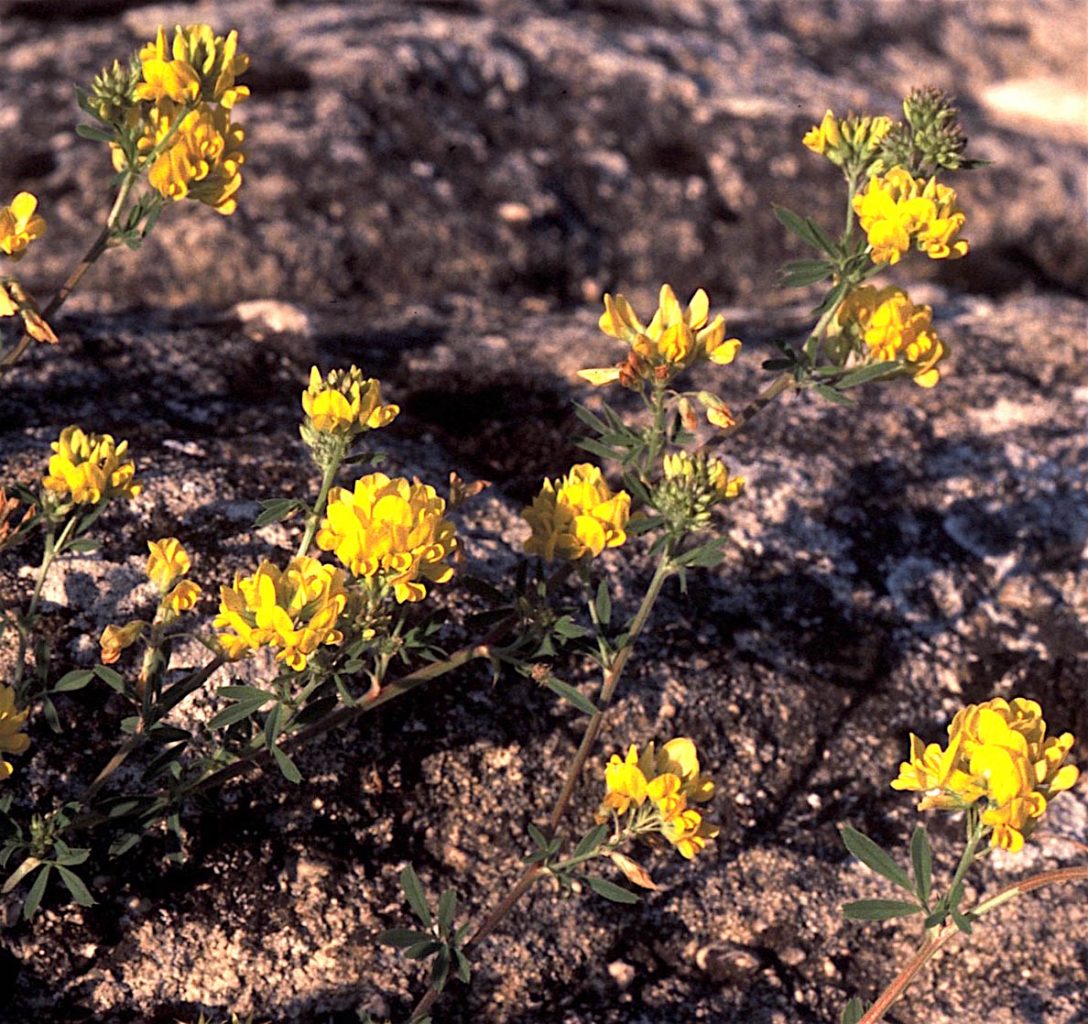 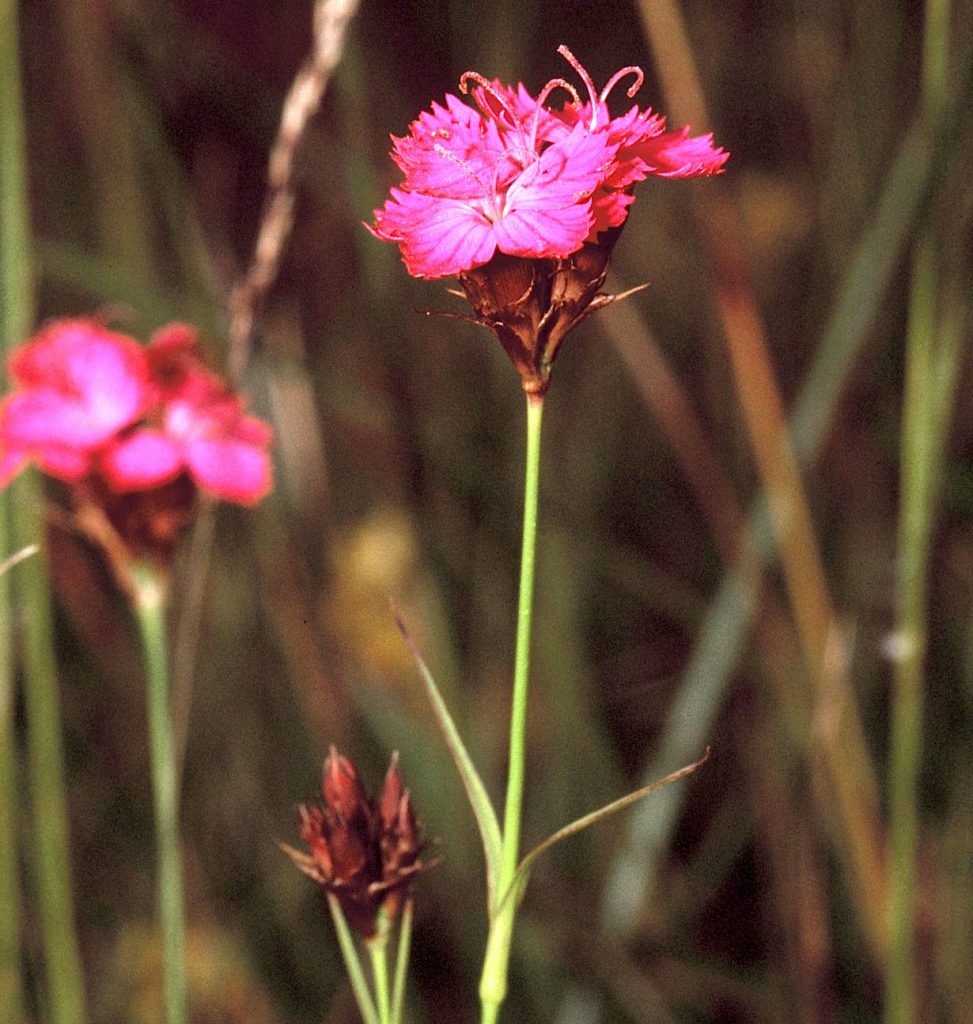 What the farmer needs to do: obligations

30 species or species groups have been selected and tested as indicators of HNV meadows in the pilot scheme regions, because they only grow in hay meadows managed at low intensity, and are associated with high plant and animal species richness as well as good quality hay.

All the species are easy to recognise.

•record each year these species from the list that he finds on his meadow every year, along a straight line (transect)

•mow the meadows at least once a year, first cut is after the 10th of June in order to allow controls to take place. 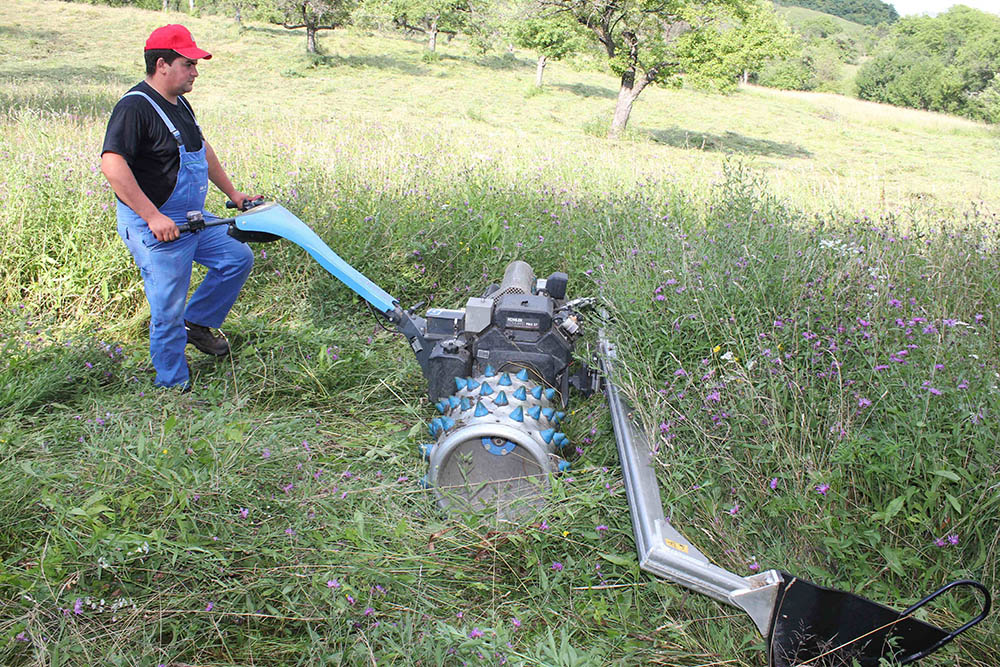 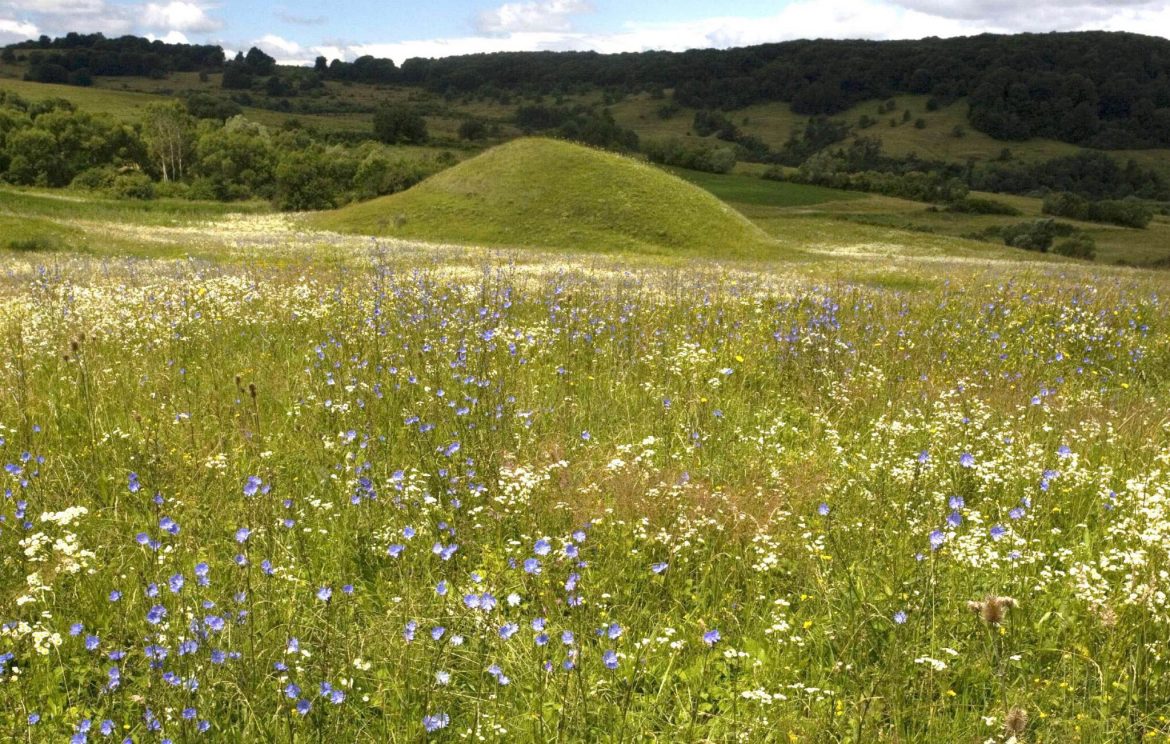 What are the farmer’s benefits: payments

Payment varies between €140 – 180 per ha according to the number of species. Addition payments will be available for manual mowing, €100 per hectare, and mowing with light machinery. €21 per hectare.

Under this pilot scheme, contracts will be signed, and payments will be made and controls carried out by Fundatia ADEPT and partners, with direct funding from the European Commission.

Fundatia ADEPT will consult with farmers and farmer associations in Tarnava Mare and the Pogány Havas/Ciucului  Mountains regions, in order to identify farmers with up to 100 ha of haymeadows who are interested to participate on the scheme. The contracts will be for 3 years of payments, 2016, 2017 and 2018. 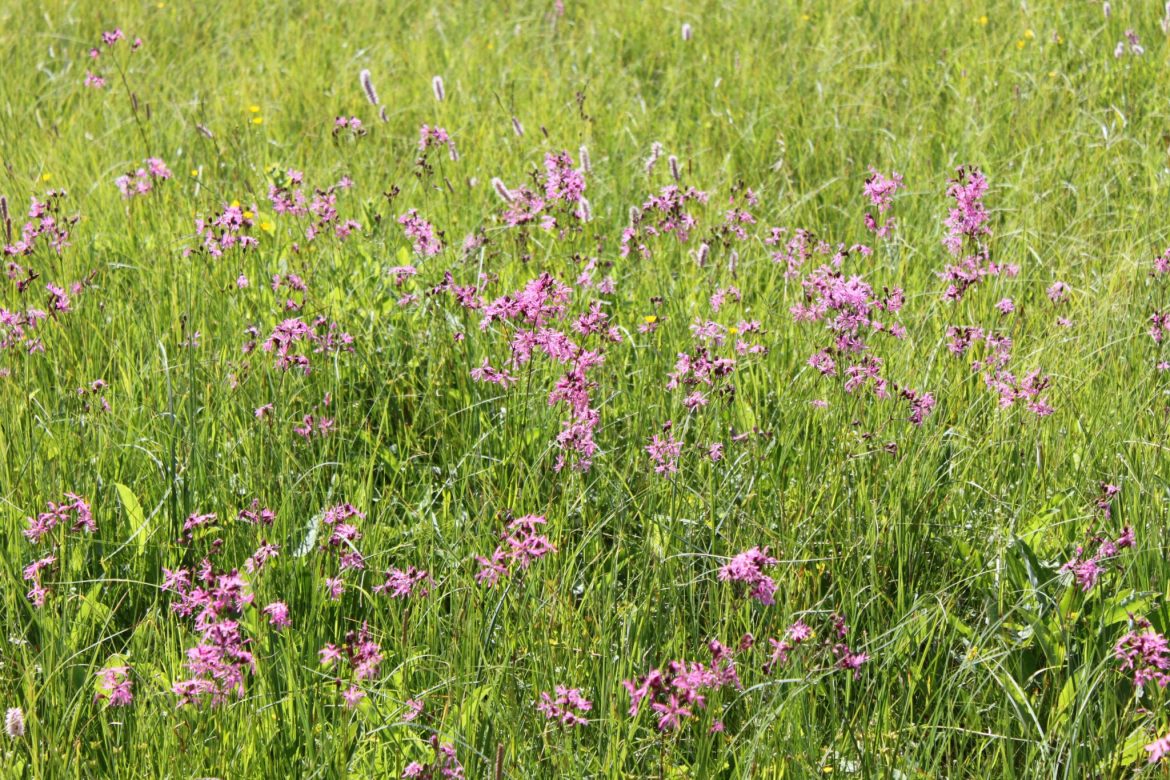 Where is this available?

This scheme is available in the Târnava Mare and the Pogány Havas/Ciucului Mountains regions. The scheme is being run as a test in these two areas for 3 years from 2016-2019.

The experiences with this pilot results-based scheme will be shared with the Ministry of Agriculture & Rural Development.

The pilot programme, if popular with farmers and practical for payments control agencies, may be available over the whole country in the future. 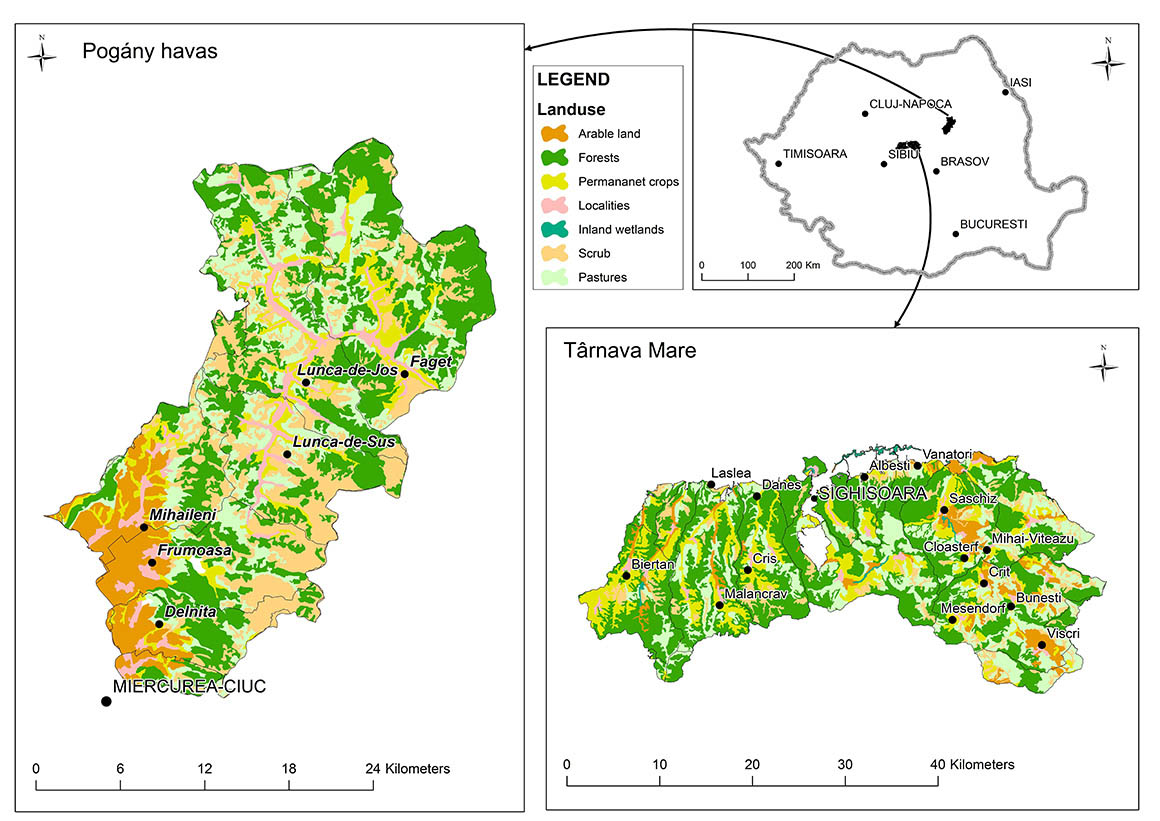 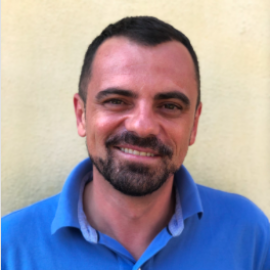 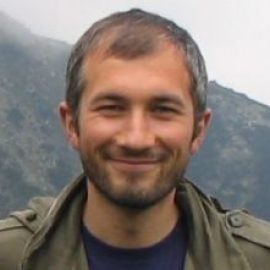 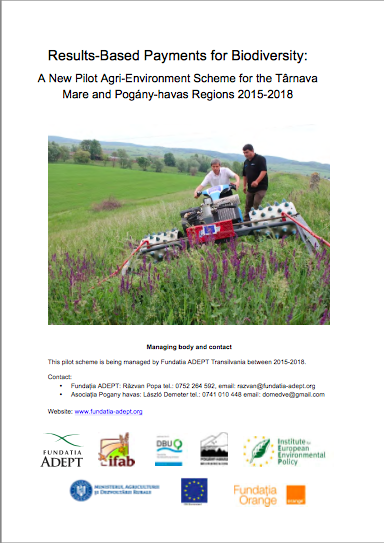 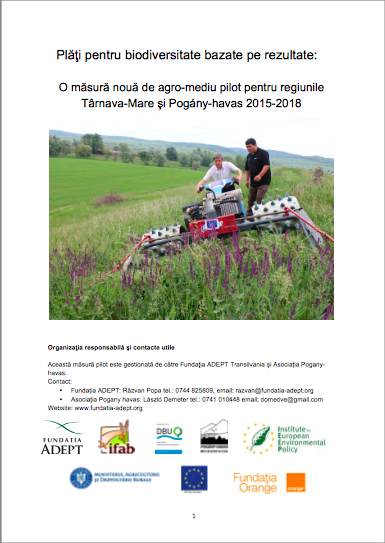 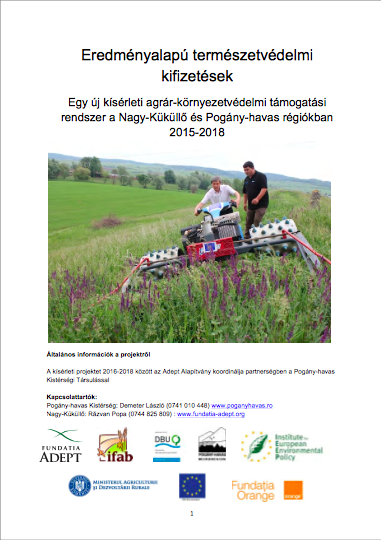 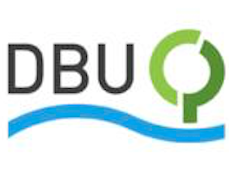