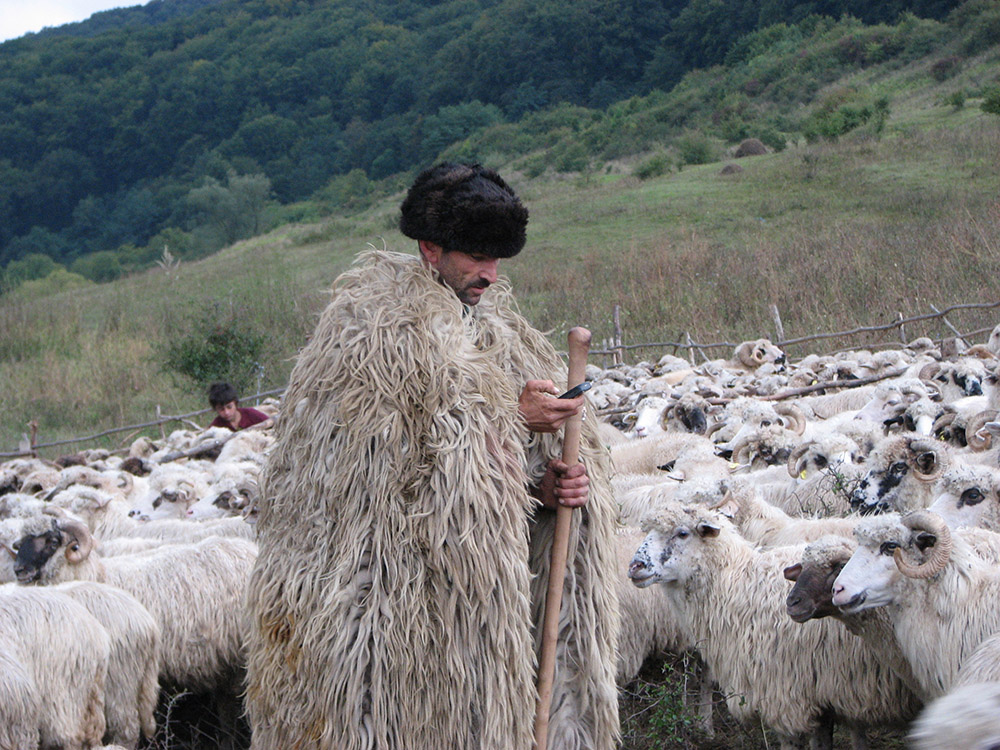 EU accession was seen as a threat in Romania to local food production and sales.

The objective of the project was to help the Romanian general public understand how the CAP may not be a threat to Romania’s traditional rural culture, it can be a potential support. The project organised 3 markets in summer 2011 whose prime objective was not the increased sales of traditional products, but rather to make a story out of them and create maximum media coverage for the message that the EU supports local and sustainable agriculture, employment in rural areas, short food chains and local sales.

The strategy was based on the fact that it is often hard to communicate an information message by traditional means, using paid advertising in the media – press, radio or TV. These means are also very expensive. Farmers markets developed by Fundatia ADEPT in the past were primarily aimed at selling food products of small-scale producers: but media interest at these markets in 2009-10 alerted us to the fact that farmers markets are a very effective information measure, through the creation of news stories. The main aim of the three high-profile markets was that of communication of information. 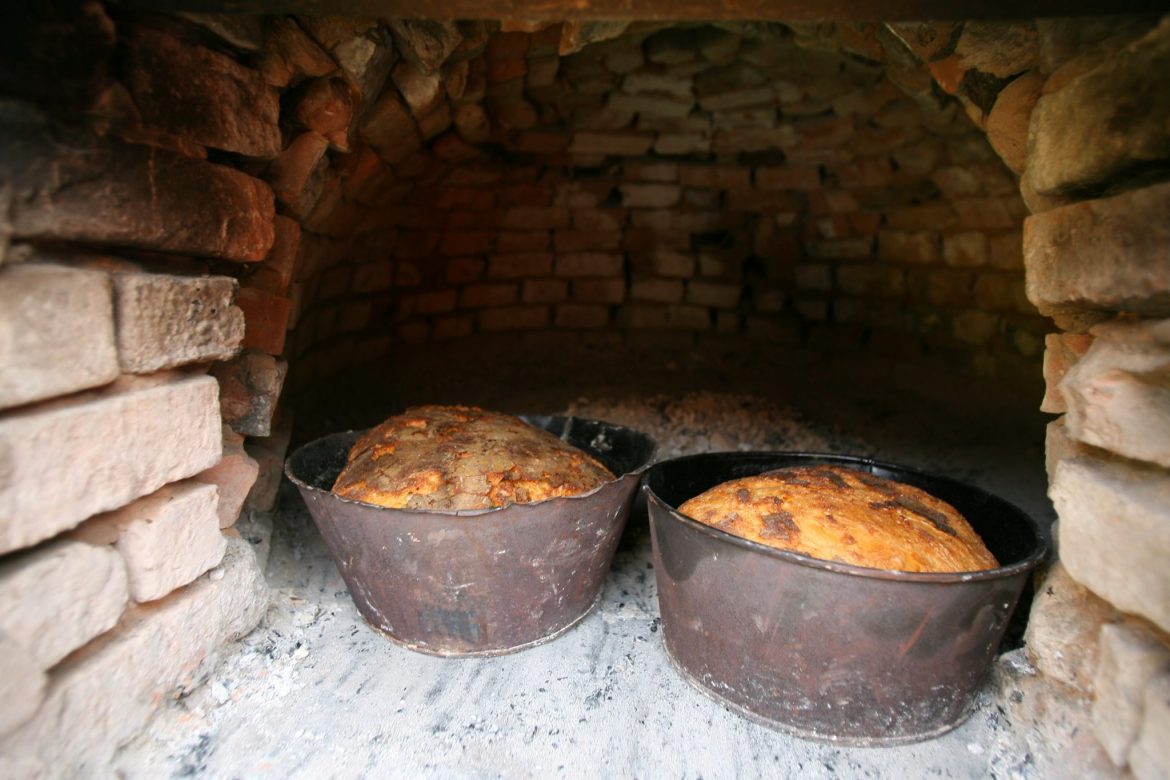 In summer 2011 Fundatia ADEPT Transilvania carried out a project using traditional farmers markets, linked to modern branding and promotion, to create media interest and using the news stories created to promote the message that the CAP supports sustainable agriculture and employment in rural areas. The project increased Romanian and wider European citizens’ appreciation in general of the fact that the CAP is promoting a greener agenda, and is supporting what its citizens desire and see under threat today: food security, High Nature Value agricultural landscapes, vital rural communities.

The information campaign was innovative as the project took advantage of farmers markets as an effective promotional channel.  Also, the messages of the project were encapsulated in a modern slogan "Know your food, know where it comes from" (in Romanian “Să știm ce mâncăm, să știm de unde provine hrana noastră"), linked to attractive modern branding, posters and banners showing that direct sales and local/traditional food are also innovative in the current policy context.

The target audience consisted of:

The media impact was well above expectations. The EU consumers whom we contacted through the project  included:

The project efficiently delivered to a wide audience a message that was trusted by the public because it was supported by evidence from producers and markets.The views of Romanian small-scale producers, and of consumers, are improved as a result of this campaign. Citizens feel more confident to pursue their desires, to sell and to buy local food directly, than before. And the EU is better recognised as supporting local sales and short food chains.

The project reinforced the links between the CAP, consumers’ aspirations, and the motivation of small-scale farmers to continue to produce healthy food through sustainable agriculture, in Romania and also in other Central and Eastern European countries.

The messages conveyed, of special importance in Romania, were that the CAP promotes sustainable agriculture, small-scale farmers, food diversity, and rural employment; and that the CAP recognises the value of the public goods provided by Romania’s small-scale farmers and their landscape: public health, food quality, food security. The project also consulted producers and consumers in Romania about the proposed local and direct sales measure, during the Food from my Farm campaign. 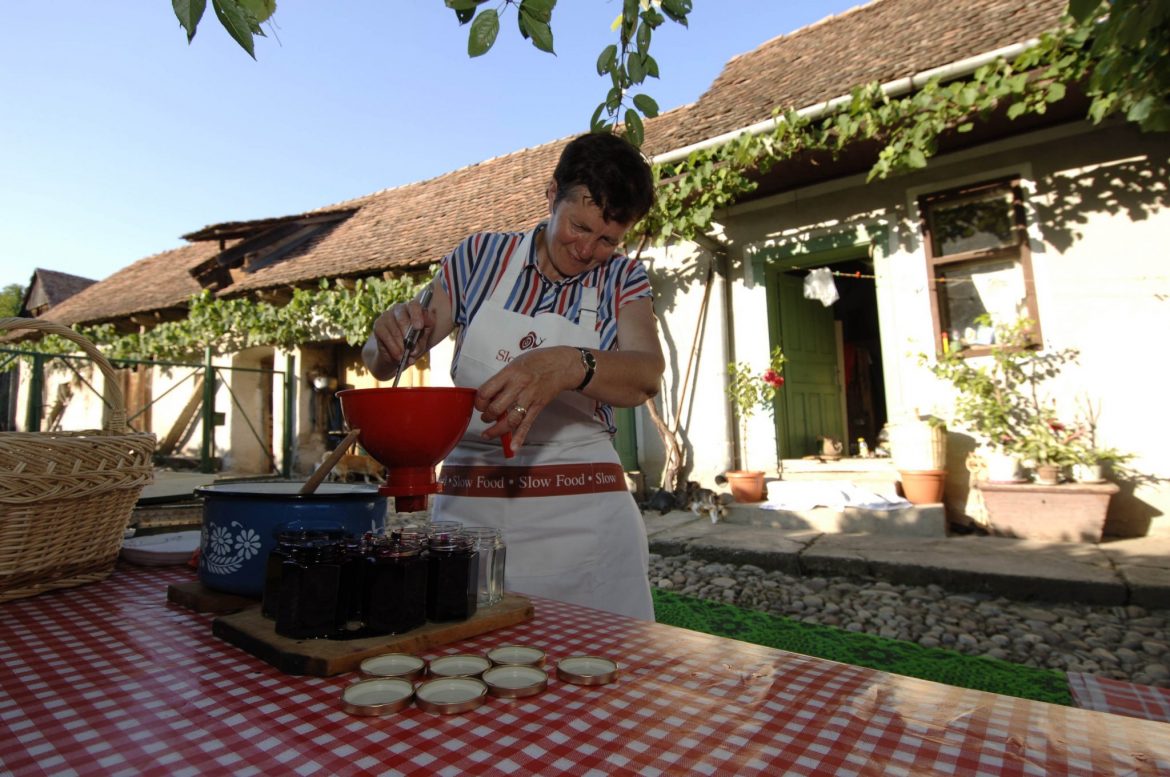 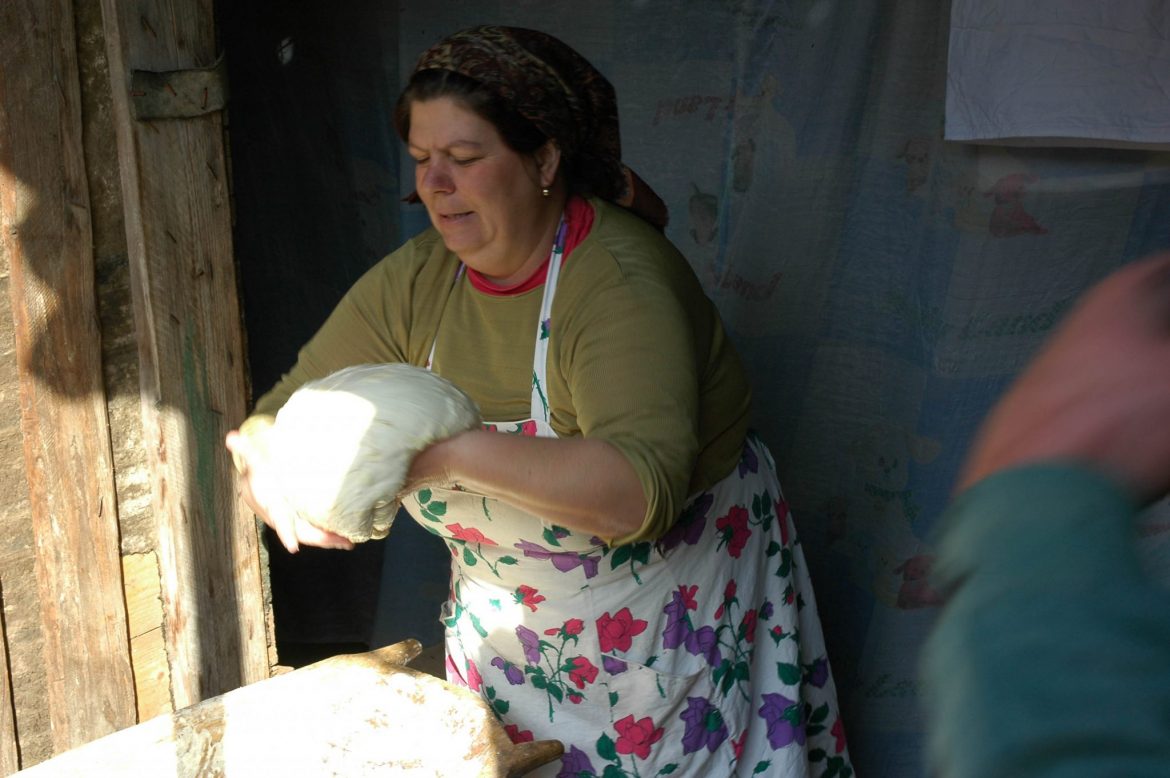 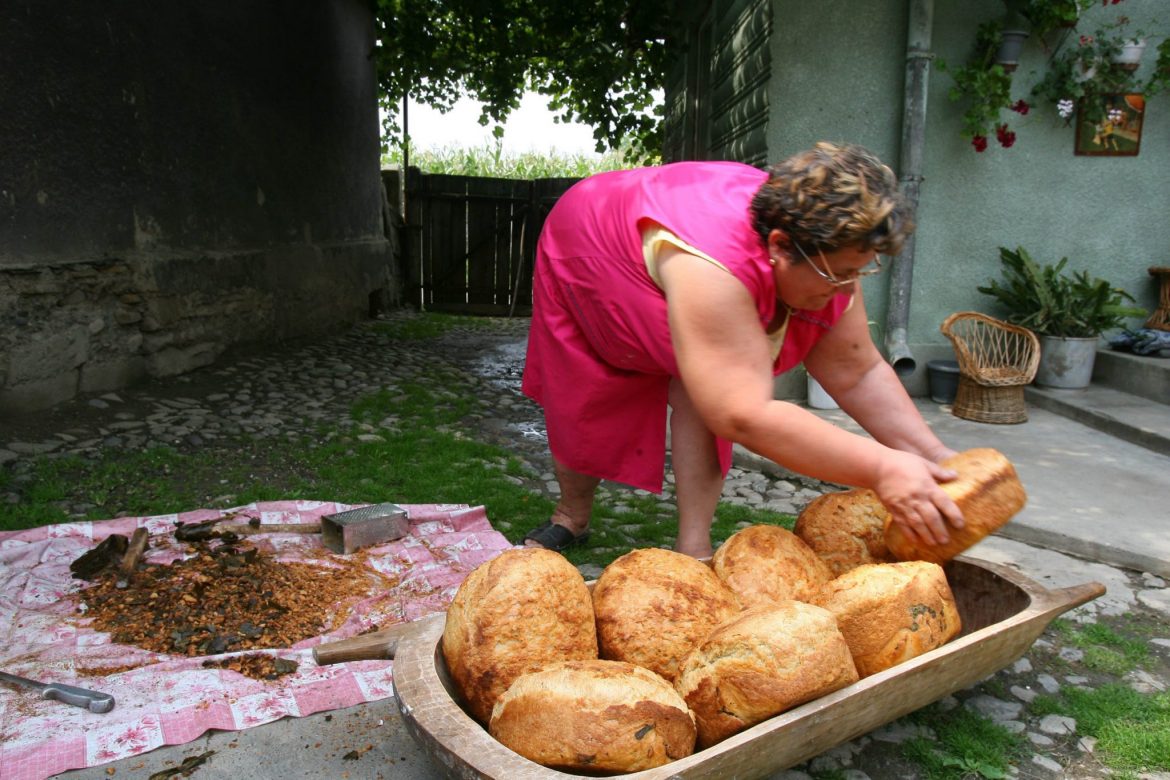 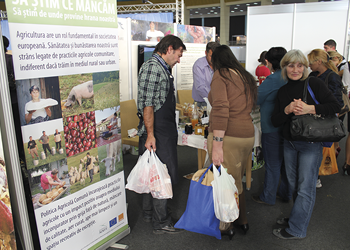 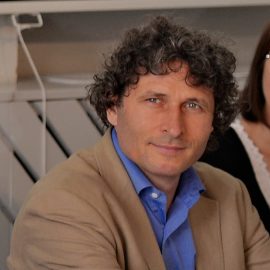 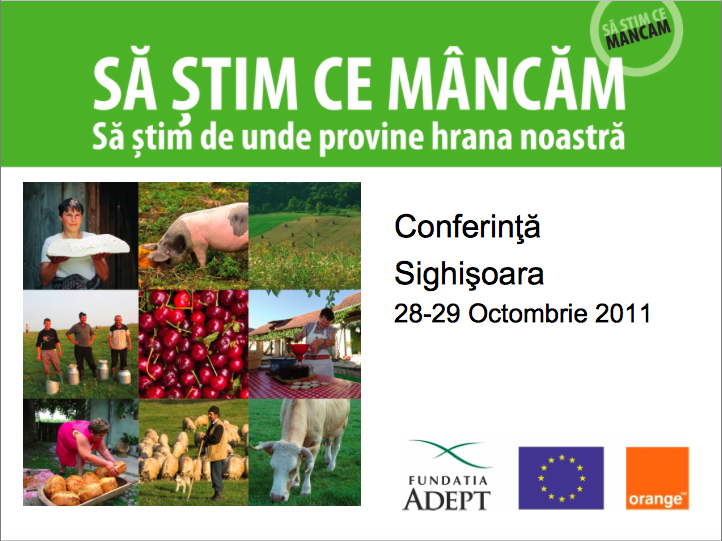 The conference  focused on three key themes: European agriculture plays a fundamental role in our societies. It affects us all in many aspects of our lives, whether we live in the country in the cities. The CAP is a living policy. It is evolving to respond to the new priorities of our society. Guaranteeing quality to consumers and a fair price for farmers. 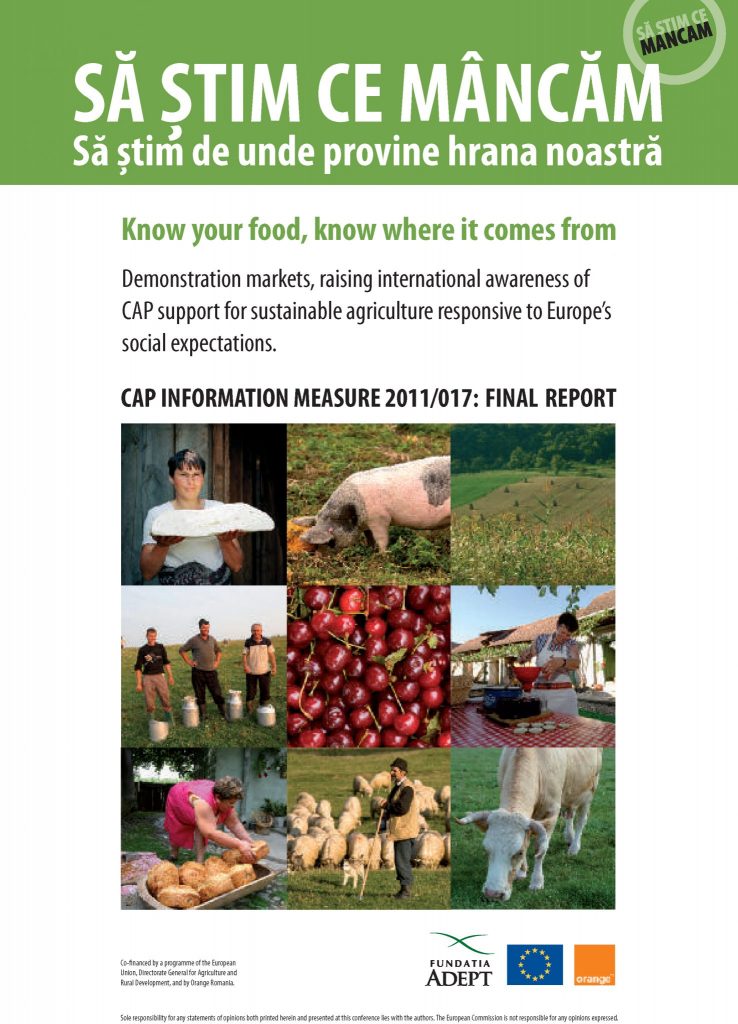 This is a sample text. You can click on it to edit it inline or open the element options to access additional options for this element.

How we presented the problems and solutions in the final conference, incuding consultation on the Product from my Farm label proposed under the Commission’s Food Quality Package